Vienna/Berlin, June 8, 2022 – The hotel operating company Primestar Group is growing internationally and will open its first hotel in Austria with the Hampton by Hilton Vienna City West in 2024. By signing the franchise agreement between Primestar Hospitality GmbH and Hilton, the successful cooperation between the companies is continued. Primestar Group already operates 5 Hampton by Hilton hotels in Germany.

Dieter Esslinger, Director Operations at Primestar Hospitality GmbH, is delighted: „With 358 rooms, the Vienna hotel will be the largest Hampton by Hilton in Europe. Vienna is one of the most popular travel destinations worldwide, both in the leisure and in the business and congress segment. With its central location near Westbahnhof and Schönbrunn Palace, the Hampton by Hilton Vienna City West will be attractive for national and international guests.

In the new hotel building at Diefenbachgasse, a comprehensive range of services will be available to guests with free high-speed WiFi and free breakfast, fitness center, open lobby and underground car park.”

Andreas ErbenManaging Director of Primestar Group, thanks all partners who are involved in the development:

„Our special thanks go to Lambert Immobilien and W-One Capital as investors, builders and landlords of the hotel complex for their renewed trust in a successful partnership. We have already been able to realize numerous joint projects with Lambert Immobilien and their cooperation partners, most recently the dual hotel complex Holiday Inn Express/Hampton by Hilton Munich North (528 rooms), which opened in March 2022. Other successful projects include the Holiday Inn Express Düsseldorf Hauptbahnhof (2021, 455 rooms) and the Hampton by Hilton Berlin City Center Alexanderplatz (2017, 344 rooms).

The construction of Hampton by Hilton Vienna City West will start in June 2022. We are very much looking forward to our first hotel in the Austrian capital.”

Primestar Group currently operates 14 franchise hotels in major German cities. The existing franchise portfolio currently comprises 3,334 rooms in German A-destinations. Over the long term, Primestar Group is planning to increase its franchise segment to at least 20 hotels with institutional partners. With Primestar Operator GmbH, the Group launched its own brand June Six in the city boutique hotel segment with the plan to expand the June Six portfolio to up to 20 properties including June Stay, a long-stay concept, and workspace network WorX. For its own brand, the Group is focusing on growth via the acquisition of existing hotels, leases, or operators. 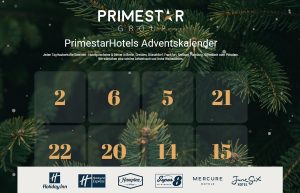 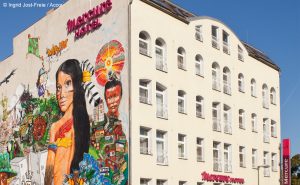 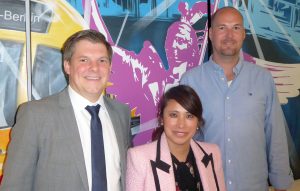 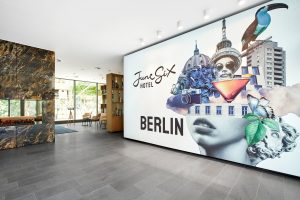